From my meager specialization, in periods with C and other periods, in the realm of the things hidden from the eye, I see two classifications of The Hidden: hidden that we are limited to see, whether because of various disturbances, or because of the lack of tools. The 'constant knowing' that we lack, according to C, is such a kind of disturbance.

Various tools that eliminate distractions and disturbancesת, allow us to see hidden things: telescopes and environments far from the city allow us to see the stars, a microscope shows us bacteria, STM (Scanning Tunneling Microscope) "shows" us atoms. In the same way, the 'constant knower' removes distractions that always prevent us from seeing, all that is exist, and is in this world.

Another type of Hidden, is that which is in another dimension of existence. To see what is there, you just have to go there. Maybe these are parallel universes, something C called 'parallel times'. Need to explain: C saw in each period of time a solid unit, a kind of 'planet of time' and said that every event has absoluteness, and from the absoluteness of the event (which it itself we do not know, or it is in the abstract, C used the both ways of definition alternately) dangling parallel planets of time. I have no way of arguing with him, because I did not attend a high school of cosmic wisdome, all in all I was, with the help I rendered him, a soldier of the Federation. He said I was allowed to see myself that way. 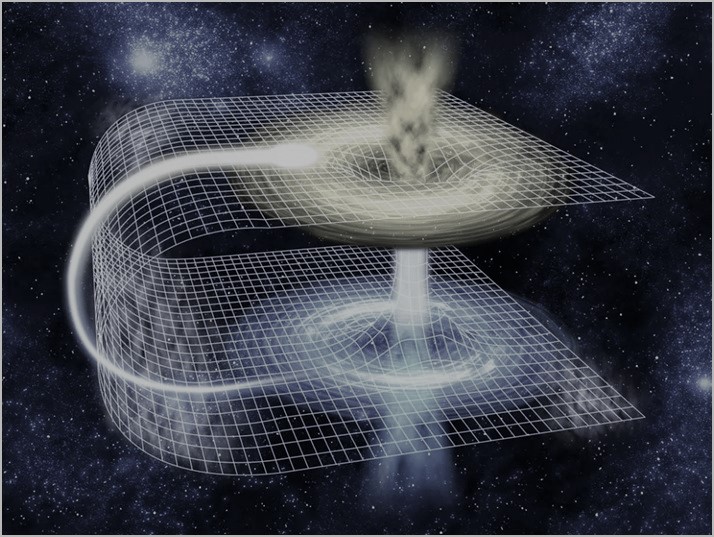 I have always tried to understand where the event begins, is it even when I write this post, inside the automatic laundry, I am starting an event. C only said yes, every event has a degree of solidity, but 'the same in itself' we do not know, so I do not know what is the 'event in itself' of writing, I can only know that it belongs to some 'event family' from which there is a branching/split to 'Parallel Time Planets'. The whole universe is built like this, even the events we do not know about yet and we did not know and we will not know. He said it only ends where there is an event-family complitely unrelated to the post related family, which is also related to an event family, where it is part of a planet, but is at the same time a planet to himself, and there is, by the way, a measurable space between those planets, C told me, and it filled with time atoms, or time strips. Beyond that I could no longer understand, and C also did not want to "break my mind" about it anymore, He only said that the split between the present and the past is also a split of time planets, and he also said that there are Times-Mergers in the universe ,capable of moving you from dimension to dimension. They can move you from the 'present tense' we know to its 'Possible Time', and also to 'parallel times that exist for themselves', a concept I had a hard time understanding, C said it is similar to Time Possible  but different from it, and in some geographical form, is closest to us. On this idea of ​​a Times-Merger I built the story of the cave, in a post that ended the Alternative History series. The cave served as a temporary limbo of connection between the planet of time I continued on, and the one where C, Zvi and Stoli continued with Alva, in the alternative history which probably only in it she exists.

C confirmed that these mergers are a kind of time tunnels, and possible in those a journey into the past, and also into the future, but from what he said I understood that it would not be exactly our childhood's Doug and Tony's journey in Time Tunnel, nor exactly 'back to the future'. It will be a journey through the 'absolute substance of the planet of the period', the same 'thing in itself' but what we may see in it, C said, is what our unconscious and subjective consciousness will see. We will probably see something different from what the people who lived or will live on that planet of time will see. Maybe for us it will look more like a 'Time Possible' of that past or future, but the journey, anyway, is possible. By the way, the elimination of the universe, the state of the 'chimney' that I told about in the story of C's journey, is the foundation on which all these tunnels were built.

I do not know if our encounter with 'the lifers' belongs to the first type, i.e, removing the distraction from things that are in the world, perhaps through connecting to the constant knower of C, or we have moved really to another dimension, to another universe while eliminating our universe complitely. That is, whether through the lamps, the smoke and everything that was there in the room, he turned off or put to sleep what bothered us to see lifers and also other things we had seen over the years with him (after creating with us a regular 'vision practice' thus we no longer needed the 'celebration of lights' of the first time) or in the room there was simply a tunnel to another universe and every time we went through it, we left our universe behind (and that is why we could not recover things alone, because nowhere else we were in, there was such tunnel, only C knowledge to build or locate it). C's remarks on the subject were ambivalent, and could, probably on purpose, be interpreted in both directions, and perhaps, in the depth of things, there is no real difference between the two?